People from throughout the Hudson Valley and across New York are voicing their opposition to a 1,100-megawatt gas-fired power plant, the Cricket Valley Energy Center (CVE), currently under construction in Dover. Last month, a crowd descended upon a meeting of the plant’s owner, Bechtel Corporation, capping off a week of statewide activities aimed at exposing New York’s growing dependence on fracked gas.

“Hiding behind an antiquated permit is not leadership,” says Johanna Fallert of DCPAA. “The world has changed in the last five years. Since 2012, New York banned high-volume fracking, the state adopted an energy plan calling for the rapid transition to renewables, and Governor Cuomo pledged to champion goals of the Paris Climate Agreement. Building this massive fossil fuel power plant ignores all of that and takes New York backwards.”

“Hurricane Sandy, bizarre weather and record-breaking temperatures have made it abundantly clear that we are now living in an era of climate change,” says Eric Wood, Hudson Valley regional coordinator for NYPIRG. “The only way for New York to meet its widely touted greenhouse gas reduction goals is by ceasing the buildout of gas infrastructure and ending its ruinous addiction to fossil fuels.”

Opponents of the project aren’t just worried about climate change. They’re also concerned about the pollutants it would introduce to the local environment. Every year, CVE would produce hundreds of tons of carcinogenic chemicals and other hazardous pollutants, including carbon monoxide, nitrogen oxides (NOx), volatile organic compounds (VOCs) and particulate matter, they say.

The Hudson Valley is already in a designated nonattainment area for VOCs and NOx—that is, an area whose air quality is worse than the National Ambient Air Quality Standards as defined by U.S. environmental law. CVE would expose nearby residents to even higher levels of these chemicals than before. The plant will be erected some 3,000 feet from Dover High/Middle School, which has 770 students, and two miles from Wingdale Elementary, which has 600 students.

New Yorkers are not alone in their opposition to CVE. As it will be located just three miles from the state line, prevailing winds would carry its emissions directly into neighboring Connecticut. Grassroots group West Connecticut Citizens for Sustainability notes that while electricity from the plant would go to New York City, Connecticut would get the pollution.

Other impacts cited by opponents include lost property values, noise and light pollution and harm to sensitive environmental areas, including the Great Swamp and Swamp River, which straddle the project’s western border.

“From every angle, this is the wrong project for New York and the planet,” says Keith Schue, an electrical engineer and energy policy advisor. “We call on Governor Cuomo to see CVE for what it is—a project stuck in the past, one that belies New York’s claims of environmental leadership, undermines renewable goals and shackles New York to fracked gas from Pennsylvania for decades to come.”

Book Club for Women with Cancer

9:00am · Wainwright House
View All Add Your Event 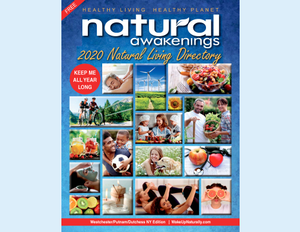