Having studied kung fu, qigong and tai chi since 1993, David Cunniff knows that a primary lesson of these martial arts is to keep the mind in the movement, to be aware in the present time. This is also true of the body, he says: it’s important to listen to the messages the body sends when it’s hungry, tired or in distress. Recently, both lessons paid off for him in a critical way.

As Cunniff arrived at his business, In Balance Tai Chi Studio, in Brewster, his head started hurting and his ears started ringing, and he realized that his body was telling him things weren’t right. He called out to the owner of 5 Brothers Pizza, next door, who called 911, and soon Cunniff was on his way to Danbury Hospital. He was diagnosed with a subarachnoid hemorrhage, an unidentified bleed in the brain.

“While in the ICU, my concentration level and attention span were very low, so I relied on my qigong and tai chi to help me relax,” he says. “I couldn’t get out of bed, so I did my tai chi in my mind’s eye; I would think about the form and see myself performing the movements. This exercise of being in the moment, doing the forms in my mind, helped me get better restorative sleep and improved my recovery time. I was released from the hospital and was told I would have a full recovery, with no debilitating effects.”
Location: In Balance Tai Chi, 2505 Carmel Ave., Brewster, NY. Classes available on Zoom and in person (for the fully vaccinated). For a free introductory class, call 845.803.1992 or
InBalanceTaiChi.com.
Community, Inspiration, Fit Body, Local Yoga News Briefs March 2022 Issue 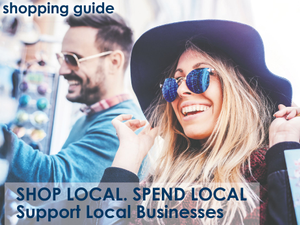